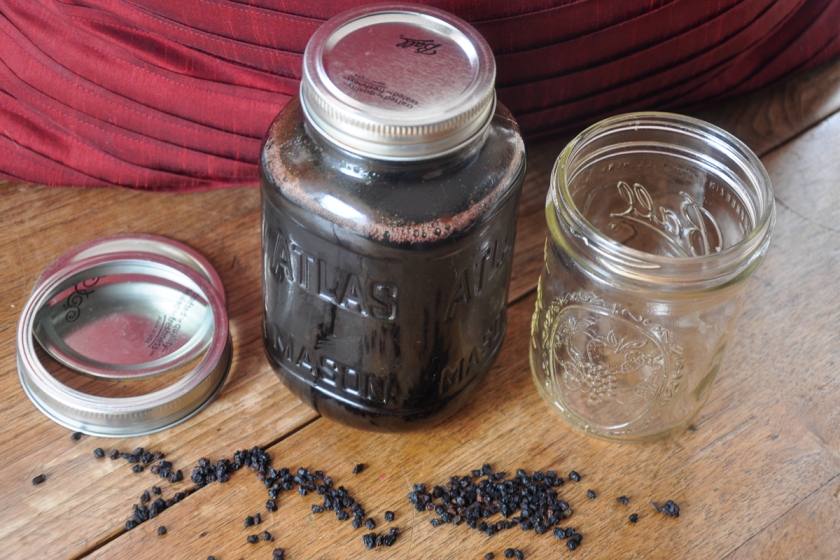 Most mornings, or should I just call it what it is and say, “The middle of the night,” my loving husband joyfully cuddles up to me and whispers sweet, “good mornings,” in my ear, so much like a jubilant Mufasa from The Lion King, greeting the dawn with the stance of ancient kings and a proud roar. Not only am I NOT a morning person but I have intense opinions about waking up before 6. When verbally pressed before 7, I communicate only in sign language, like an overtaxed nurse on a full newborn ward when the babies are finally silent. People are all wired differently. We think, communicate and go after different things in life….. by design. I’ve been thinking a lot about the social balance of powers. Let me take to the stage and act out a couple classic personas for a moment.

👩🏼”Hi my name is El. It’s short for Elizabeth. I like ‘El;’ it’s like a exclamation point. One of my main philosophies in life is that big things, history making things, are done by people who are willing to be bold and in people’s faces a little bit. I would never set out to be mean but if I’m trying to advance my cause, I’m ok with shaking people up a little bit. Why? I care so much for people that I can be pretty intense about my thoughts. I mean well and if they can’t see that, they will eventually. It confuses me when people think I’m pushy when I’m only trying to help them. I mean, I know what I’m talking about; I’m only 27 and I’ve built my own business from scratch and I make six figures. It’s not all about money. People don’t always feel I hear their every concern, sure, but they feel inspired working for such a fast moving company that is helping improve the daily lives of people. The best and brightest want to work for me! Our company is building wells in third world countries; if people don’t care for anything beyond their own noses, I’m not interested in them. We’ve created whole new well digging systems that save time and money. I don’t have time for comparatively rich people who work for me, sniveling about small things like being worked too hard when people are literally without water and dying. They can learn to sacrifice a little! When Nate left last month, he angrily referred to me as Pac-Man. What does that even mean? Nate just can’t handle the tough decisions of leadership. Clearly, it was a pruning time with he left and I’m good with that.”

Let’s meet El’s old VP who moved on due to leadership differences.

👨🏽”Welcome! I’m glad to meet you here for coffee today. My name is Nate. Why did I leave the leadership of Wells for the World, you ask? Well, since you’re my closest friend I will share this, although it pains me to say it. El and I had a significant difference of opinion on how people should be treated. No, it’s not that she was regularly and outright mean, although she could have moments of that. It’s more that I strongly believe that the most wisdom comes from true listening and collaboration in leadership. I believe the same hard thing can be said in a palatable way, a way that expresses value. I think fundamentally El believes she can force people into obedience and I believe that never works; I believe in caring for them, developing them and, out of that, most people will want do their best. I’ve never doubted her care, although I have doubted that she cares for individual people over her own ideas. It seems to come from the fundamental idea that she is the only one with valuable thoughts and that she believes regularly hurt people are the fallout of achievement, like the highest level fashion designer who has a steady stream of models in therapy for severe anorexia. When something leaks that much, I see it more as a cracked jug; it will work for awhile but eventually collapse. She doesn’t listen well or consider others, she forces her perspective even beyond the boss role, and makes people feel like losers if they have different ideas. Nobody challenges her; that’s the culture she’s set up. I finally, after 4 years, told her how I felt and gave my resignation. She won’t change. Even that, she dismissed as my inability to lead or as betrayal. Honesty isn’t betrayal and she loved my work when I was with her.”

My guess would be, you like some attributes of both characters. Jo is inspiring with her world changing vision, achievement and creativity, and Nate with his enormous value of people, collaboration and genuine care.

My whole life, I’ve noticed this societal tug-of-war, the forceful and the quieter. And, recently, I began to ask myself the question – which one is more right in the eyes of God? You might say, “Well, of course, Nate is the better guy.” Maybe, because character is a complex thing, but those who allow others to dominate them in an ongoing way tend to not confront enough and make the mistake of allowing the errors and mistreatment around them to continue. They are guilty by passivity. They will often sourly simmer, like a meat soup left to sit, rotting in the summer sun for days. Think of all the good they were put on earth to do, yet they miss in those moments when they choose to not confront wrongdoing! It’s time for these types to muster courage and speak up! While they coat their choice to be quiet as kindness, like a tough steak with a sticky, sweet BBQ sauce, it’s more often to do with not wanting to exert the emotional energy required or fear.

You might be a more boldly inclined person; I can just hear you saying, “There is nothing wrong with El. People need to stop being such babies and speak up!” Maybe so. But, putting a cause over the treatment of people is missing the point of life. Don’t get me wrong, tough leadership calls are necessary and having a goal and going after it is a good thing too. Often, people inclined this way are too fast, brusque, or even abusive, in how they handle natural confrontations. They also don’t take the time to truly care enough for the people around them and need to regularly check on their arrogance meter. If you’re someone who always feels you’re better/ superior at doing tasks or with your thoughts, it’s time to seek perspective. Learning to listen and engaging the heart can help balance your drive.

Oddly, I can lean towards both of those personas, depending on the day and situation. I am probably more naturally inclined like Nate but as I’ve learned to have the courage to be more honest about what I think and feel, I’ve had moments of having to apologize for being like El. The thought I’ve been having is that surely God wants something totally different from us – he doesn’t pick bold achiever nor gentle, “go along with everything” people. He doesn’t choose dominator or dominated. He chooses…. true love. Well, isn that sappy, Laurie, and about as fun as honey in my hair.

Let me explain. To me, true love for people is…

As I consider all of this, I realize I am not seeking to be dominant or dominated but to be healthy, with the best attributes of both and full of love. I’ve been watching the old 70s t.v. show Little House on the Prairie with my youngest kids and I’ve been so struck by the virtues captured there. Yes, it is t.v. and not real life but the writers of that show struck a poignant balance of the best of the above attributes in the leading family. I hope to live and love that well. And, when I don’t, get on my knees and self correct with people too. You should check it out! 🙂

For my birthday this year, this vivacious and prayerful group of friends above surprised me with a lunch at The Old Stone Church Restaurant in Castle Rock. My friend Laura (third from the right), who is a beautiful woman with eyes that smile, a mouth that speaks truth with compassion and authenticity and who is a guru of health information, invited me to make Elderberry Syrup a month later. According to Web MD, “Elderberry is a plant. The berries are used to make medicine. Elderberry is used for ‘the flu‘ (influenza), H1N1 ‘swine’ flu, HIV/AIDS, and boosting the immune system. It is also used for sinus pain, back and leg pain (sciatica), nerve pain(neuralgia), and chronic fatigue syndrome (CFS). Some people use elderberry for hay fever(allergic rhinitis), cancer, as a laxative for constipation, to increase urine flow, and to cause sweating.”

As someone who believes that both our bodies and foods have healing properties and abilities, given the chance, I happily agreed. It takes about an hour to simmer and another hour to do the leg work, so invite someone to make it and enjoy that time with a good friend! Also, it’s unknown to most people, so it sounds hard but it was very basic.

The recipe Laura and I used was from  http://wellnessmama.com/1888/elderberry-syrup/. I added a teaspoon per recipe (we doubled the basic recipe because we have big families) of the anti inflammatory Turmeric to mine, while Laura added Young Living Essential oils. Mine passed the kid test, as I had a son with a sore throat this week who only missed half a day of school and said it tasted good too! Enjoy and stay healthier this spring, summer and fall! I included spring, because in Colorado, sadly, May is spring. 🙂

A year ago today, I started an intense quest for health on all fronts. It is a lifelong journey; I would love to share what has worked for me and what hasn't so far. We all long for lives full of truth and joy. This blog shares my thoughts on healthy thinking, feeling, believing and living. I love mothering my 7 kids and focusing on healthy living.

California and Coconuts “The Dark, Blue Sea… Thou Glorious mirror, where the Almighty’s form glasses itself in tempests.”...July 9, 2016

Health Idioms, True or False“For in the time of trouble He shall hide me in His pavilion.” Psalm...March 6, 2016

Girl Meets Super Bowl, Healthy Game Food  If I ever drift off into the dreamy world of delicate women and...January 24, 2016

How to Make Meaningful Resolutions & a Health SurveyPicture credit: The talented, Cynthia Miller “Resolved, to live with all my might, while...January 15, 2016

Christmas Cheer and Light Weight, Home/ Hotel Exercises With Muscular ImpactAbove picture: One of those “by the tree pictures” with lots of love, bad...December 25, 2015

Adele, Kindness & Gluten Free Info“The greatest happiness of life is the conviction that we are loved; loved for...November 30, 2015

Simple Living and Pesto“For our boast is this, the testimony of our conscience, that we behaved in the...November 13, 2015

Thanksgiving and Homemade Greek Yoghurt“When I hear the wind rush through the trees, I have to stop and...November 3, 2015

The Strongest Force in Physics and 7 Basics for Losing Body FatDory: “I shall call him Squishy and he shall be mine and he shall...October 20, 2015

Believe it or not, I have seven of my very own kids, born, bred, delivered and raised by my husband, Daniel, and I. Each child, with their own unique personalities, is such a delight! Raising a big family both fills me with purpose and...